"Animal Collective is a New York City/Washington, D.C/Lisbon based music collective of avant-garde musicians from Baltimore, Maryland. Animal Collective consists of Avey Tare (David Portner), Panda Bear (Noah Lennox), Deakin (Josh Dibb), and Geologist (Brian Weitz). Records released under the name Animal Collective may include contributions from any or all of these members; the lineup is not uniform." 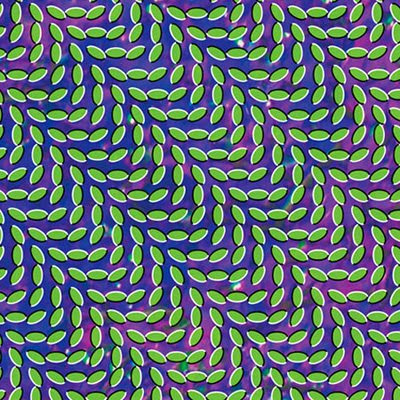 My opinion: Why everyone has suddenly been told to like this band is anybody's guess. This band has been putting out the same ear bleeding not quite avante garde, not at all indie nonsense for nearly 10 years. In fact this album was out over a year before everyone suddenly decided it was good. So yeah pretty much all i've got to say is well done domino records you've polished... well you know the rest.

I figure everyone's got high and wanted to stare at the cover. The only good thing about this band.
Posted by Outroversion at Sunday, December 06, 2009

Labels: animal collective, bands everyone else likes that i dont, post merriweather pavillion or whatever.