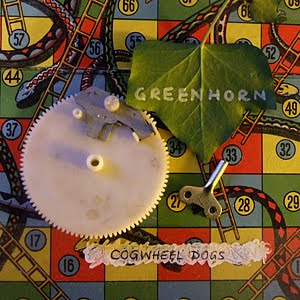 Kitchen
The Greenhorn EP begins with the incessant tapping of metal on metal which then underscore plucked acoustics before intermittant drumming and high tops introduce the vocals. The percussion her is refreshingly unique as it is there to add effect rather than keep time, a feature that endeared me to the their stylings way back when.

The double bass, plucked early on before being bowed later, is haunting enough on its own but with the light background guitars, progressive drums and menacing vocals with perfectly introverted lyricism it adds to a heady concoction that makes for a great opener.

Spit
The ensuing track starts off more traditionally but the layered instrumentation seeps into the track independently to ensure a cocophonic, controlled, yet energetic performance and the vocals are solid in parts where others might waiver. In other words; this chick got a VOICE!

Power in Paper
The music here is a little more sparse as the lyrics take the front seat that they are worthy of. Supported well by driving strings, the delivery is excellant on this track. Possibly the pick of a great bunch.

Octavia
Kicking off much like Alan's Psychadelic Breakfast with what sounds like an egg being fried... Maybe not though who knows, sounds cool though. The sizzling fades out for an acoustic guitar backed up by light bass. The lyricism here is exceptional, I dig the hell out of this track.

Overall the EP is mega impressive. Home recorded faultlessly and, the thing that impresses me the most is that what was great about BIRP inclusion cress and their first single Ducking stool they've taken and built upon to glorious effect.

"Not waiting" is a stylish track, the drums that I have eulogised with high praise in the past lead the way with light tabbed electric guitar and sharp vocals following where they drive. Things get heavier with a metal inspired guitar solo which underscores the second verse superbly without ever threatening to drown out the other aspects that make BabyGravy a great band live as well as on record.

The B-side is a little more electro with disco keys and a hook that will stick with you as you step out of the doors into the apocolyptic tempatures of the english streets from the venue. Or the bus. Or wherever you're listening.

Posted by Outroversion at Friday, January 29, 2010