They're the best band i've found in 2010 so far! I don't know if they count as I was just going through some unplayed tracks from the last time i synced my ipod in 2009 but either way, what a band!

I don't know how I found them. I've started making notes on where I did like I was in an internet cafe the other day and wrote down the band who some guy was looking at on myspace. They weren't good but still imagine if they had, what a find that would've been... 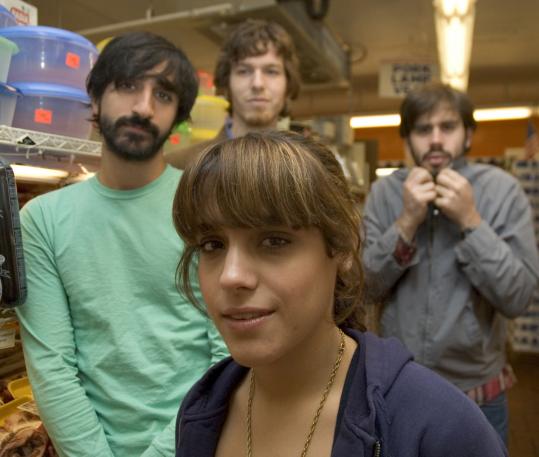 On face value Via Audio which is what V/A means in technical terms you doofus, are loveable and their music is just the same. They fill a very nice niche inbetween fun. and the dark side of los campesinos. They're a four piece from NYC and have been plugging away in various forms since forming at college in 2003.

Apparently Chris Walla of the cab also called them his favourite band a while back on the hall of justice, he does have good taste in music whatever else is said about him. I don't know if I'd have found destroyer or laura viers without his blog.

Labels: band of the week, via audio