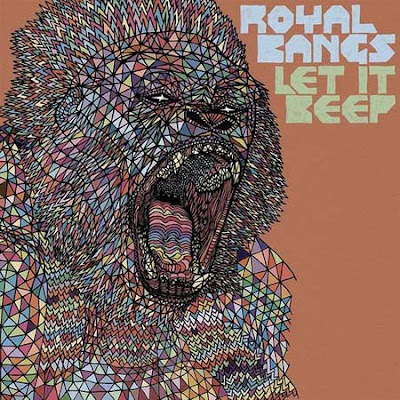 "The Royal Bangs previously captured the ear of Patrick Carney (Black Keys) who reissued their debut We Breed Champions (2006) mid last year on his own Audio Eagle Records. Let It Beep is their Audio Eagle premiere and it is a fully realized slice of indie rock that brings synth pop hooks and angular guitar to the forefront, while letting its background beats glue it all together. The Knoxville band can be as feverish as The Rapture, while as superbly fractured like Pavement. The Royal Bangs are a band to keep an eye on as Let It Beep should soon break them out to more exposure and will provide you hours of listening entertainment!" ~ Fire Drill
Posted by Outroversion at Thursday, November 19, 2009