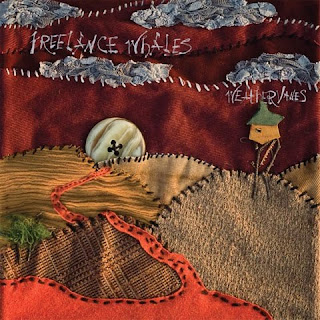 Were you on my roof last night stealing my weathervane? This interview is over!

Essential Downloads: 1, 5, 11 and 12
Yeah carrying on my theme of album titles with vague simpsons references...

This album by NY's freelance whales is a late contender for one of the albums of the year. The first track I heard Generator^SecondFloor, instant 4 stars on the ipod. Second track- Generator^FirstFloor same again, HAD to check out the rest of this. I've put a few downloads in the title for you but this album is worth getting the whole thing tbh.

I also didn't know this until today but they're touring america with fanfarlo in december and january! God I hope they come back over here with fanfarlo it'll be the greatest gig of all time. Check them out in your nearest state/province if you're lucky enough to live in canada.
Posted by Outroversion at Sunday, November 29, 2009

Labels: elevator, freelance whales, i just thought of something that begins with k, simpsons, the x files episode i think, track titles with carats in them